Videos remain in the lead as the content type of choice. So far, 2017 has been the year of video marketing and it is predicted that this rising trend will continue upwards in 2018, representing 84% of Internet traffic. 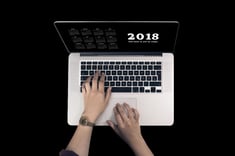 It comes as no surprise that, with the arrival of smartphones, online video consumption has grown, with a 25% increase expected in the use of mobile devices for watching videos.
However, technological changes are accompanied by changes in consumer tastes, preferences and behaviour; they are increasingly choosy, making it a huge challenge to capture their attention.
Did you know that 20% of people close videos in the first 10 seconds? For this reason, aside from explaining the video marketing trends for 2018, this post will also reveal the secret to boosting your conversion rate by up to 50%.

How can I enhance my television campaign with online video marketing in 2018?

A study carried out by eMarketer revealed that only 4% of the US population over the age of 18 watches television, meaning that the Internet should be used as a complement to any campaign launched on the television.

The Internet has come to favour company finances by reducing the cost of disseminating their videos. In general terms, an average of 2,000 people can be reached with a budget of €100.
To enhance your television campaign with online video marketing, you should broadcast your campaign on the television in parallel with at least one specific initiative using the best online channels for 2018.

The use of social networking sites has become so popular that, unless companies are extremely creative, they are unable to attract users’ attention.
By contrast, by sending a video via email, you can be sure to successfully attract your target group’s attention from the get-go. The success of sending videos by email lies in the fact that users have requested to receive information on your brand and, when opening the email, will pay more attention to its content, since no other adverts will be present to distract their attention.

Remember that, thanks to Viewed’s smart technology, you can embed videos with Autoplay into the body of your email, safe in the knowledge that, no matter what device type, email provider or software is used to open the email, your target group will always be able to view your video, since our platform automatically generates over 20 video formats and resolutions, including high-quality GIF-video.

Sending videos with Autoplay by email will become your secret weapon for increasing your CTR by up to 280% and your conversion rate by up to 50%.
In addition to being a very easy to use, this platform is also a very cost-effective tool, since a budget of €20 allows you to reach as many as 1,000 people in a single campaign.

4.1 million YouTube videos are viewed every minute and, according to a HubSpot article, 18 years’ worth of video content is viewed on mobile devices during peak consumption hours alone.
The cost of broadcasting videos on YouTube all depends on your campaign type. For example, TrueView In-Slate is the charge for adverts placed before or during a video, provided that users view them for a minimum of 30 seconds.
After email, YouTube is one of the best channels in terms of conversion rate, achieving up to 14%.
You can enhance your television campaign by creating a YouTube channel, where you can officially upload videos for your brand.

On average, 100 million hours of video content are viewed daily on social networks and, according to a Puro Marketing post, on Facebook alone video consumption is 173% higher than photo searches, whilst 82% of Twitter users watch videos.
In terms of the cost of disseminating videos on social networking sites, around €10 is needed to reach an average of 1,000 people, with an approximate conversion ratio of 10%.

These two social networks allow videos to be shared in one of two ways: on the one hand, if you upload them from your computer, they will appear as native content with Autoplay; on the other, if you copy and paste a URL from YouTube or Vimeo, the link to your video will appear with a brief description and image.
Should you choose to share a video of one of your events, a good idea for directing traffic towards your YouTube channel is to upload part of your video from your computer to Facebook, also providing a link to the full video.

59% of key brands have signed up to Instagram: an application which allows short video clips to be shared. To be successful here, remember to use hashtags and show your brand's human side.

As the 4th most popular channel in the US, Reddit is a platform for debate, where you can upload videos and users vote for or against them.
‘/Video’ is a community created within Reddit with 6 million subscribers; uploading your video to this community could pave the way for users sharing it on other channels.

This is a Twitter application which allows videos to be broadcast in real time. This social network can be used to launch new products or broadcast events, which would be difficult and very expensive to broadcast on the television.

Unlike YouTube, Vimeo is geared towards a more select audience, translating to a lower volume of videos going viral.
This channel, just like Facebook and Periscope, allows for live broadcasting and the creation of 360° videos.

With Vimeo, you can insert your video wherever you like, add a call to action, gather email addresses and incorporate it into your ESP.
The cost of using Vimeo will depend on your chosen membership plan, starting from €13 per month.

Live streaming of videos has become a hot topic, not only amongst influencers and social network users, but also amongst brands, which have discovered the key to connecting with their customers in this type of emission.
As an example, here are 2 success stories:
- Mercedes-Benz: the first brand to create a live advert. They continuously streamed for 12 hours using Facebook Live and YouTube as they showcased their new electric cars.

- Amstel Radler: this brewery was the first to carry out consumer-led streaming using Facebook Live. In this campaign, consumers could choose the actions to be carried out in real time; all they had to do was click on the ‘like’ or ‘love’ icons.

The concept of 360° aims to recreate how people perceive a scene and, although it began as a trend amongst travellers on social media, before long it spread to the world of marketing.
With this new trend, companies - particularly in the tourism sector, for example hotels, restaurants and cruise ships - can provide consumers with an enhanced view of their facilities.

This technique is centred around using a pair of glasses which project real-looking surroundings, making users feel that they are truly there.
Tesco was the first brand to use virtual reality in its favour; with the aim of improving its consumers’ experience, this multinational chain recreated its physical supermarkets, ‘transporting’ its customers to them.

This consists of making 3D projections on a flat surface, with or without accompanying sound. Use of this technology has become popular amongst different brands, but especially amongst StartUps, since it allows for much more well-known commercial or educational messages to be broadcast.
And what about you? Have you started planning your strategy for 2018? 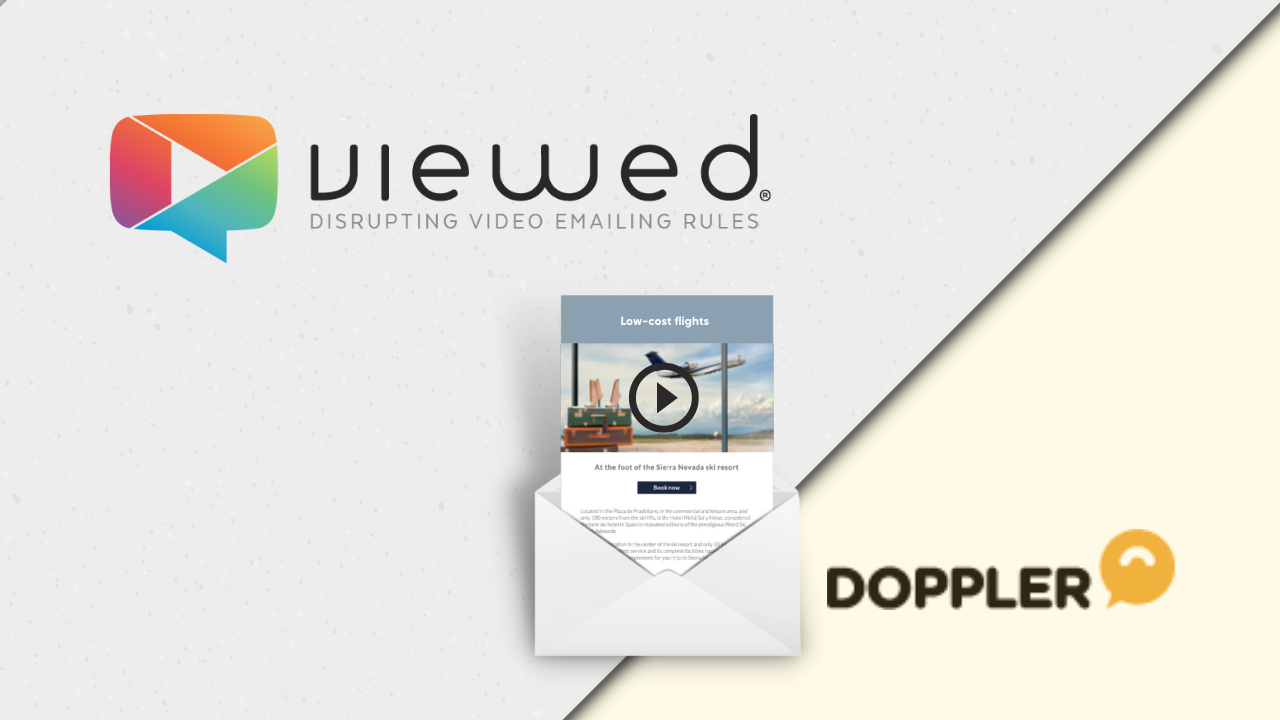 In this tutorial you will learn how to easily create, configure and send an email marketing campaign with video that plays directly in the inbox. Yes, it's real! 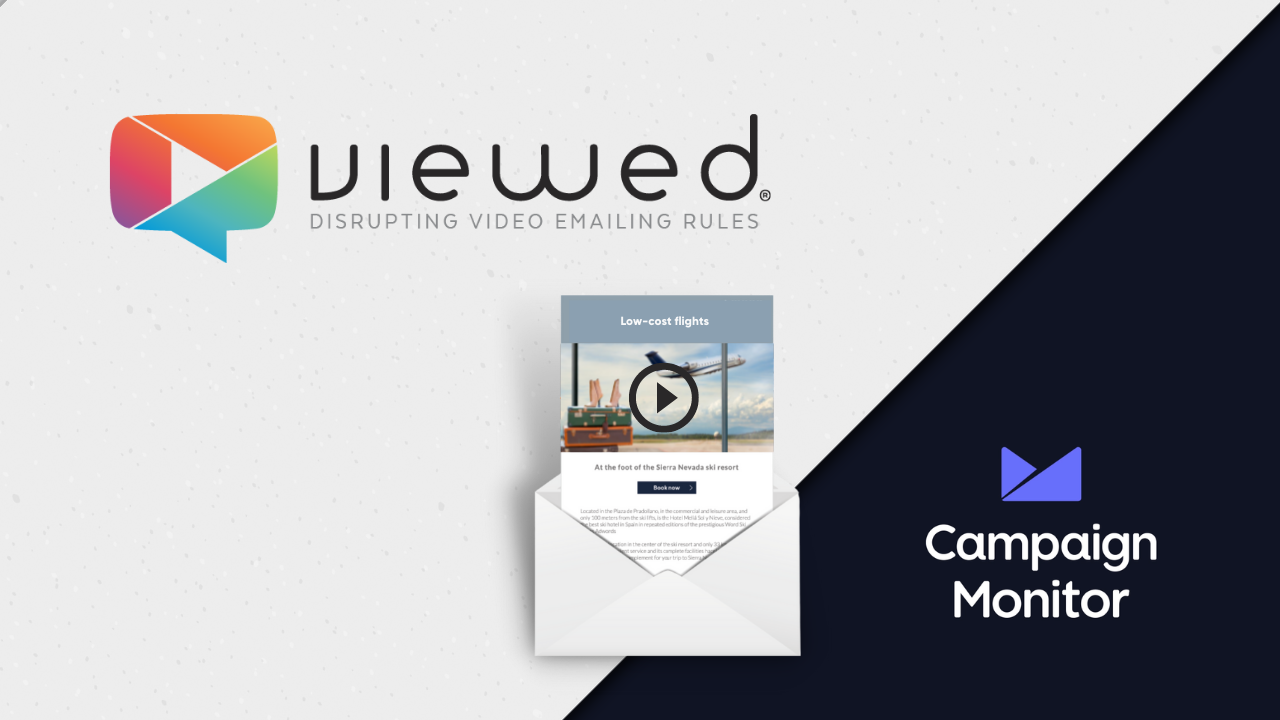 In this tutorial you will learn how to easily create, configure and send an email marketing campaign with video that plays directly in the inbox, using Campaign Monitor...